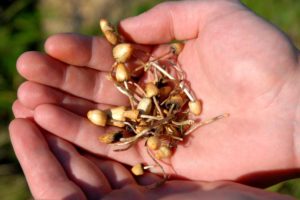 Hallucinogenic drugs differ from other substances, in terms of the reasons that people use them. While most drugs are used in order to produce a specific feeling in the user, the purpose of hallucinogens isn’t to create a feeling, but to give the user an experiential high. This type of high, which is often referred to as a “trip” or “acid trip”, allows users to see and experience things that they couldn’t otherwise witness with a sober mind. These hallucinations are the inherent reason that people seek out hallucinogenic drugs.

While hallucinogenic drugs aren’t as physically harmful as many other drugs, there are real and present dangers that come with using them. Achieving the hallucinogenic aspects of these drugs comes side effects that impair your reflexes and decision-making abilities. Because of this fact, many injuries and fatalities that stem from hallucinogenic drug use are due to the actions of users who have distorted their perception of reality, and thus make unsafe decisions and have accidents.

If you continue to use hallucinogenic drugs for a long time, it can also have a negative and strong impact on your brain’s chemistry, and can lead to cognitive deterioration. Chronic hallucinogenic drug abuse frequently leads to memory loss, and can also lead to the development of anxiety and depressive disorders.

Hallucinogenic Usage in the United States

Hallucinogenic drugs have had a strong following of users in the United States since the 1960’s, when they first became popular, amid a multitude of counter culture subcultures. Today, hallucinogen usage has remained about the same. As of 2013, roughly 230,000 Americans use acid (LSD) every month. The United States, in particular, tends to have a higher rate of hallucinogenic drug abuse among teenagers than other regions in the world. For example, 6% of high school students in the United States report using LSD at some point during their high school years, compared to 2% in Europe.

If you or someone you know deals with hallucinogenic drug abuse, don’t hesitate to seek help, today!